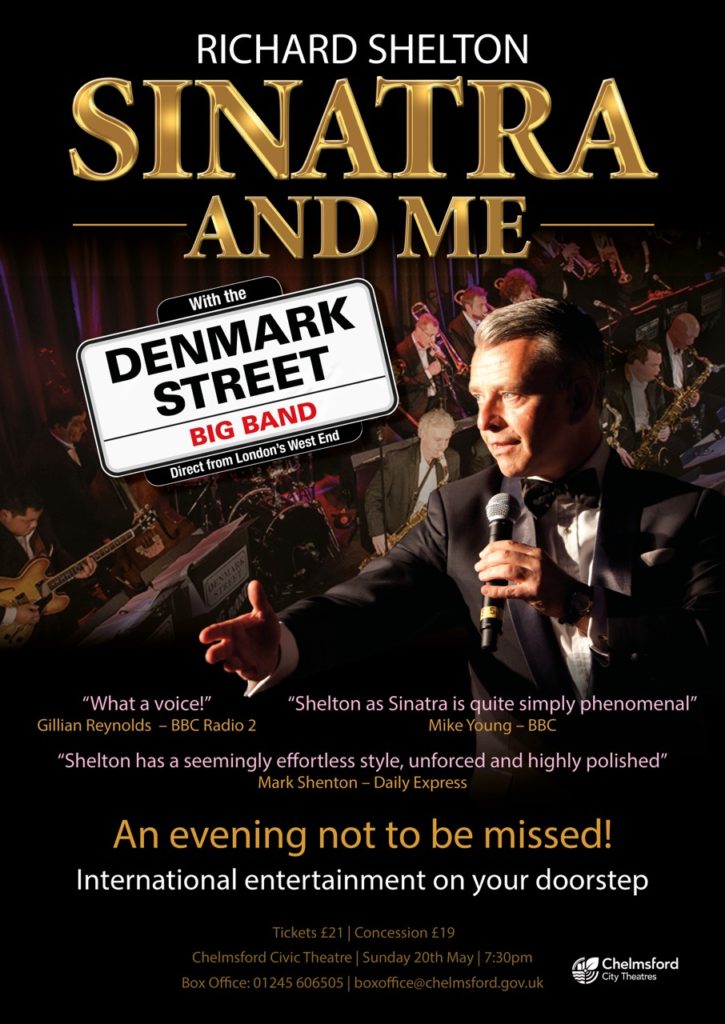 Sinatra and Me - ft. Richard Shelton

Join us for one night of true glizt when Richard Shelton dons Sinatra's tuxedo and pulls out some of the greatest of Sinatra's songs and supported by us!

Richard Shelton  (Emmerdale, Rat Pack Confidential) has performed on the greatest international stages including The Coliseum in London and Ronnie Scott's Jazz Club, and regularly features on BBC radio. His latest Album,  'An Englishman in Love, in LA' was recorded in Frank Sinatra's studio B at Capital Studio's in LA, using some of Sinatra's Musician, and using Sinatra's very own Microphone.  he even wears Sinatra's tuxedo in performance.

An evening not to be missed! International entertainment on your doorstep!